Rayko
Created on: 26 Aug 2021 11:19
Category: Grid
Type: Bug Report
Grid aggregates are not correct when there is a filter applied on initial load

Initially, the grid is filtered by "Is FTE? = True". It shows 20 lines. The sum of "Hours" should be 800. But the footer shows another value (depends on the random logic which you've implemented). See the attached screenshot.

Then, when changing the filter, the correct sum is shown.

But I need the correct value initially...

Re: I've just found out that using the OnRead event instead of the standard data binding solves the issue. Better said, it's a possible work-around.

Attached Files:
Duplicated
This item is a duplicate of an already existing item. You can find the original item here:
Aggregates don't take into account filtering set in OnStateInit
2 comments 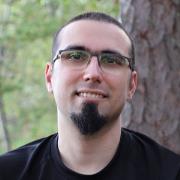 Andrew
Posted on: 16 May 2022 16:53
Any timeline on the status of this bug?
Create an account Log In
View
Type
Status
Category