Peter
Created on: 06 Jul 2021 08:36
Category: Kendo UI for jQuery
Type: Bug Report
Dragging an image in Editor throws an error when in ExpansionPanel

The image is displayed in a new tab and the following error appears: Cannot read property 'nodeType' of null 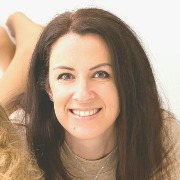 The issue is still marked as "Unplanned" which means that it is not scheduled for implementation yet. When it gets planned and assigned to a developer, its status will change to "In Development". The bugs are being fixed based on their priority and the impact a given bug has on the framework and the community. Based on these factors, the issue will be fixed in the future. I am afraid that at this point, I could not suggest a workaround for the issue.

Regarding closing a ticket, please note that the threads are automatically closed after a certain time of inactivity. However, even a given ticket is closed this does not affect the timeframe in which a bug will be fixed. The bugs are fixed based on the factors explained above.

Let me know in case you have additional questions on the matter.

How is this bug handled now?

Just accepting the bug and closing the ticket after 7 days is not what I expect as customer...