As described in https://docs.telerik.com/kendo-ui/api/javascript/ui/textarea/configuration/overflow, the TextArea widget supports customizing it's overflow behavior. However, setting this option to e.g. "scroll" has no effect as can be seen in this DOJO: https://dojo.telerik.com/etapAfaC.

If you check the applied styles in the browser's DEV-Tools, you can see that the internal class "k-input-inner" overrides the value set using the overflow option.

When no height is set to the Scheduler the grouping does not expand in height to the rendered month views.

There is no padding between semicolon and the data "Type:Folder" wouldn't be better "Type: folder" with a space in between? 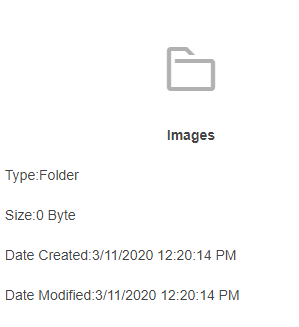 Horizontal and vertical lines appear in the merged Spreadsheet cells when they are disabled.

** Possible workaround could be to apply the following CSS:

When Spreadsheet cells are merged and the result cell is disabled, there are horizontal or vertical lines that appear inside the merged cell. 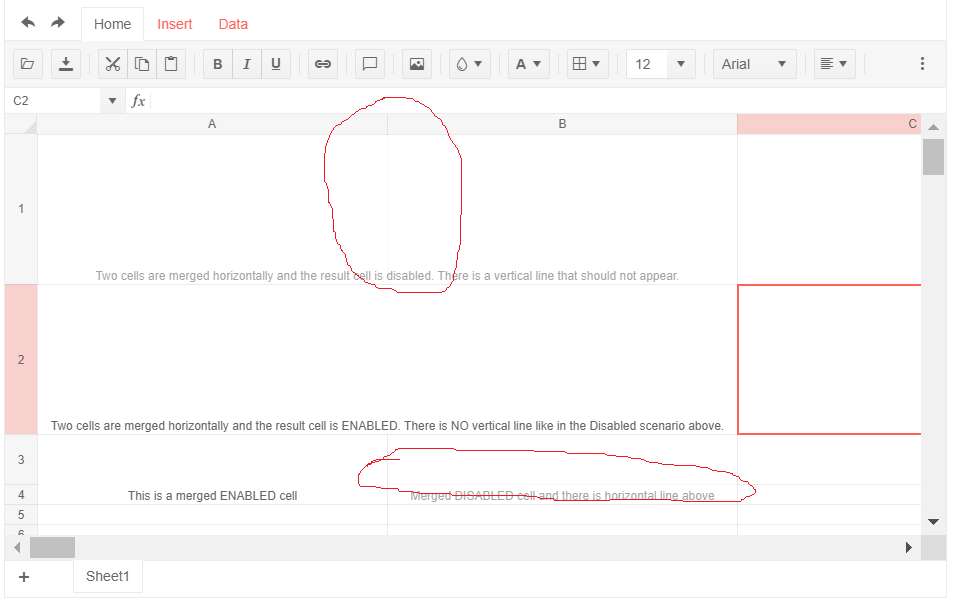 No lines should appear inside the merged cells, no matter if they are enabled or disabled.

Shift selection is not working correctly when multi-column headers are configured in a grid and selectable: "multiple cell" is configured


Reproduction of the problem

There is a delay of expanding the popup width.

The issue is a regression starting with 2022 R1 SP1

There should be no delay when the width od the DropDownlist is set..

When there are Grid and Gantt on the same page and a column in the Gantt has reordered an error in the console is thrown:
kendo.all.js:133531 Uncaught TypeError: Cannot read properties of undefined (reading 'lockable')

There should be no error in the console when reordering columns in Gantt, even if there is a Grid on the page.

The fontName tool shows an incorrect font name and gets focus after text selection.

* Set the cursor to Line1, note an incorrect value in the fontName dropdown.

* Select/highlight Line4, choose Arial in the fontName dropdown and note an incorrect value in the dropdown.

* Put the cursor at the end of Line6, select Line4 and Line5 and Line6 using the mouse. Note that the keyboard focus has shifted to the fontName dropdown.

In 2022.3.1109(but starting in 2022.1.119) using the Bootstrap v3 theme(not sure about any of the others), when you have a ToolBar inside a TabStrip, disabled buttons are invisible instead of greyed-out.

A demonstration can be found here: https://dojo.telerik.com/@Stephen/ESuKUqAD

It is due to the opacity being set incorrectly to 0 due to changes in the CSS rules, specifically there is a now a ".k-tabstrip .k-button.k-disabled" rule that has a higher specificity than the "old" rules.

While I'm sure I can figure out a workaround, an official workaround/fix would probably be better.

If the Editor ColorPickers are defined as gradient instead of palette, it does not render buttons and input.

No input and buttons are rendered.

There should be input and buttons.

When you collapse a selected task in the Gantt, the selection is lost

The selection is lost

The selection should be preserved

This one is reproducible on the demo site today and that’s where this screenshot is from. Begin to create a new event. Set to recurring Monthly. Note that below “Never” is checked and the “10/11/2020” box is disabled. Now go and change your start date to any other date above. This box enables itself. It should not do this because the ending date option is not actually selected.

I fixed this in JavaScript by hooking into some events rather than modifying the Kendo.all.js file.

Editing a recurrent event in the Scheduler with End options set to Never triggers validation on the DatePicker.
This is a regression introduced with R1 of 2022

Validation error should not be present in this scenario.

We have a simple need for a Manufacturer / Model selection in two cascading ComboBoxes. If the manufacturer does not exist, we want to be able to allow the user to type it in. Since it's a new manufacturer - there are no associated models in the bound dataset, yet. The dependent child ComboBox should at least be enabled so the user can enter the new model.

This behavior can be experienced in your online example. If you pick a value in the parent, the child refreshes and rebinds accordingly. But if you type in the parent - the child remains disabled. This is a bug, if you intend on maintaining that you have "Cascading ComboBox" functionality.

I was given a "workaround" by your support team - but there are still lingering effects (especially on reloading the form with existing data) that would not be an issue if the cascading combobox implementation was completed properly.

Adding an anchor tag styled as a Kendo button to the Toolbar via a template does not navigate to the set url.

Clicking on the first item should navigate to the set url, similar to plain anchor tag or a button command.

Duplicated read request occurs when you blur and reopen the MultiSelect

No duplicated read requests should occur.

The time picker in the datetimepicker control doesn't work fully when accessed in mobile.

The behaviour can be seen on your own demo page here https://demos.telerik.com/kendo-ui/datetimepicker/index.  Run the example, click the time icon to display available times, and you will see that you cannot scroll the times.  It just shows what is initially loaded, we would expect this to scroll to allow the time to be amended as needed.

2. Background color and text color buttons are initialized as a group. These buttons are not working if we put them in a group

3. If we keep them separate, outside group, the buttons work as expected.
1 2 3 4 5 6
Create an account Log In
View
Type
Status
Category