Currently, it is possible to use dataSource with nested objects and render it in the OrgChart or TreeList components.

However, in such a scenario creating new items is not possible. I would like to have the possibility to add new items in the OrgChart/TreeList when nested objects are used in the dataSource.

The create event is missing in the OrgChart typescript definition

Open the typescript/kendo.all.d.ts file and search for kendoOrgChart create event

The create event should be defined.

It would be great to have a toolbar option similar to the kendoTreeList.

This would allow to include search or pdf export.

Additionally, search should open the node that has been search for automatically. Potentially even highlighting the flow in a separate small window to the side of the org chart. 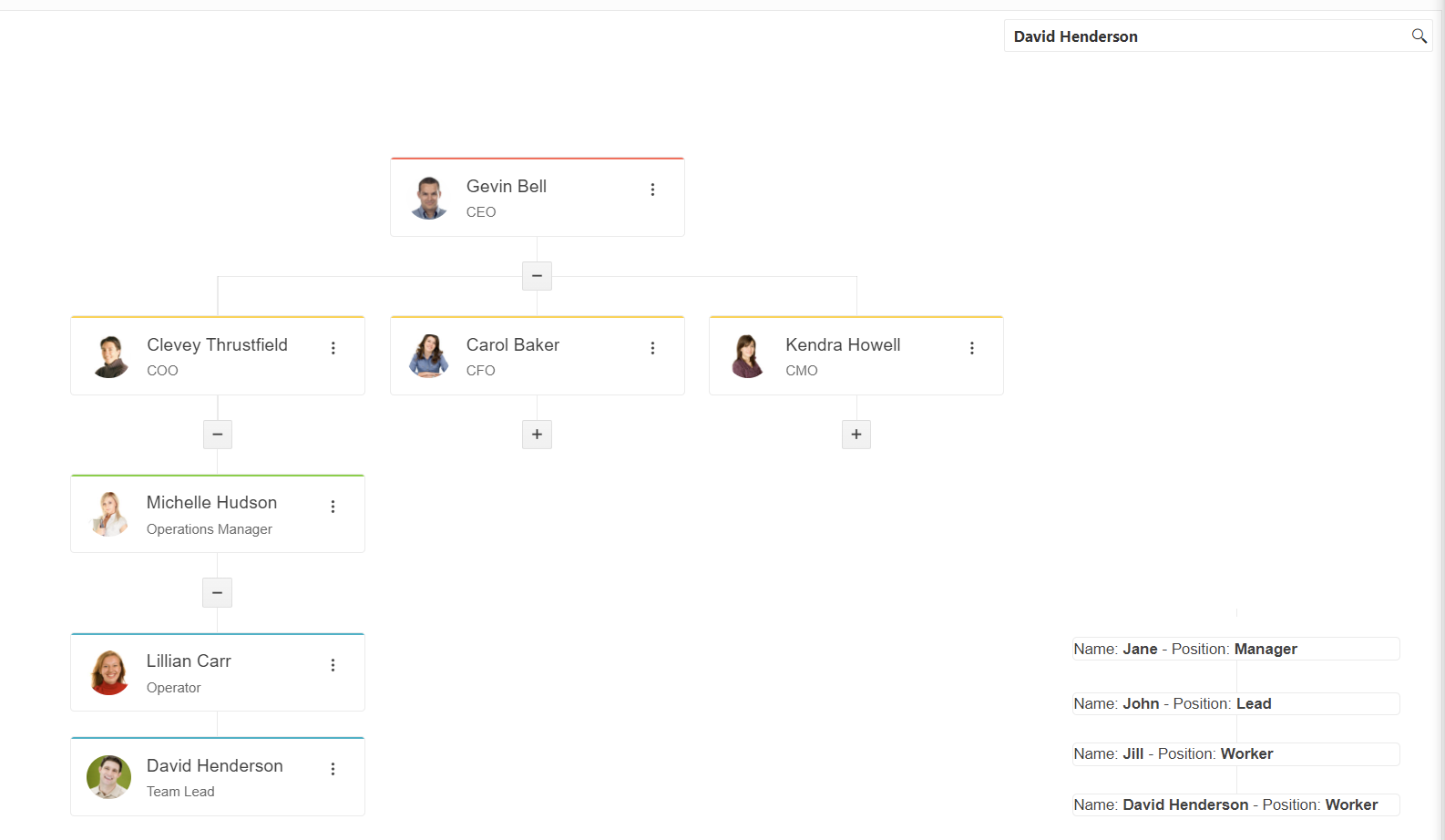 Would it be possible to add a collapse all sibling and child nodes when expanding a new node. That could help keep the formatting aligned.

But additionally a collapse/expand all option is needed in case the whole tree needs to be visible.

This may be observed on the following Dojo runner. Currently the OrgChart has empty space between the first level nodes, and also there is empty space after the last node:

Suggested behavior:
There is no empty horizontal space between nodes on the same level - highlighted in yellow on the image above. In the above scenario, there should be no empty space between the first level's second and third node and no space after the third node, which may be observed, when the first node has no expanded child node: 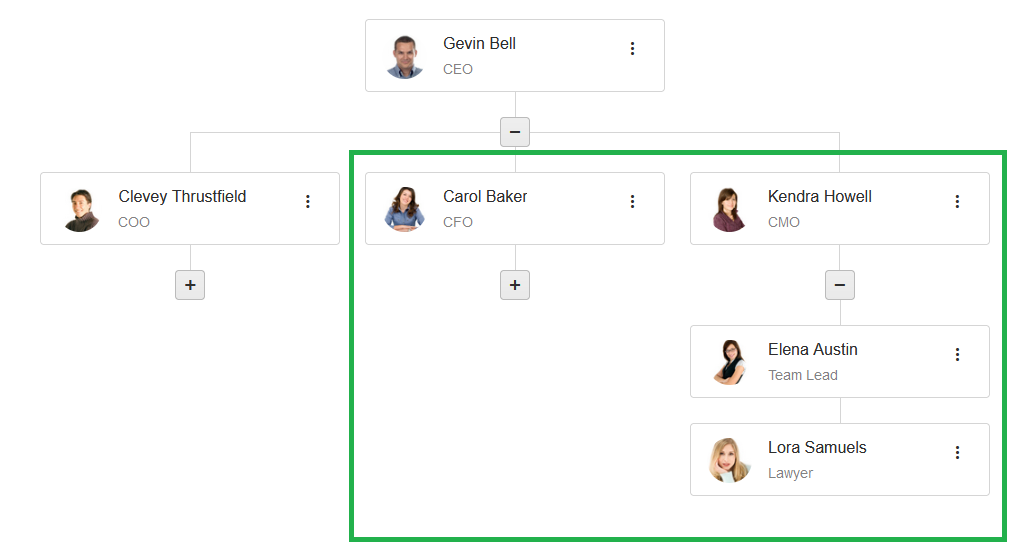