Progress® KendoReact Feedback Portal
Create an account Log In
Back to Feed
Request a Feature Report a Bug
Under Review
Last Updated: 21 Jun 2022 15:23 by ADMIN

Not only would I like control over the group order (like from this thread https://feedback.telerik.com/kendo-react-ui/1523636-need-to-be-able-to-have-more-control-over-the-order-of-groups-in-the-kendo-grid-sort-on-the-text-is-insufficient), it would be awesome if we could sort groups themselves.

I understand that the current set up sorts children within groups but not the groups themselves. However, sorting within and between groups is a bit more intuitive to the user when they see visually-grouped information and try to sort on it => most of our users expect the groups to get sorted as well.

Although I can write my own sorting functionality, it can get out of hand quickly with ascending/descending, numeric vs alphabetic columns, and multi-sort vs single sort, but KendoReact already has the capability to sort in these three ways with its non-grouped grid functionality. 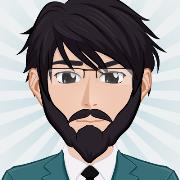 Thank you for contacting us.

The current implementation of the Grid allow sorting of the groups and not only the data items within the groups.

In the following example, you will notice that the GroupDescriptor has "dir" property as well and if you click on the group in the drag&drop group header (at the top of the Grid), you can change the sorting of the groups:

As for sorting based on different field, this is also achievable, but you will have to group by that field and use the groupHeader template to display a different value. This approach can be used for implementing custom sorting for the groups (by creating a new field in the data items that can be used for grouping and sorting at the same time).

If you have something different in mind, please do not hesitate to get back to us.