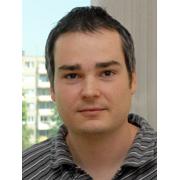 The problem is fixed in the Lightweight rendering of the control. Please set RenderMode to Lightweight and test again.