Since we are using ionic, all scrollable kendo items (such as dropdownlist and timepicker) are being closed by ionic in an interraction issue.
We patched the dropdownlist by using the popupSettings appendTo to put the content of the dropdownlist outside of the zone of influence of ionic to manually stop the propagation of the scrolling event back to ionic.

In short, we would like to get the appendTo settings for the timepicker component. (And any other scrolling component!) 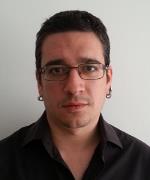 The appendTo option is already a part of the popupSettings configuration of the DatePicker, DateTimePicker, and TimePicker components:

We will make sure to update the respective TimePicker API section accordingly.