If both windows are open, the user can click on the first (a big one) and this will be moved to front and hide the "node details" window. That makes no sense but we cannot use a dialog because users should be able to select a different node (in the first window).

We are declining this request due to low interest and demand. 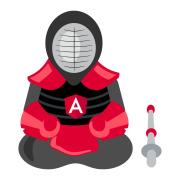 Indeed, that would be a valuable addition to the Kendo Ui for Angular suite. We will track the demand for the issue and eventually provide it in a future release.