Figure 1 report is generated using the data source in figure 2. Data in column "Value2" is mapped to the column Text in the generated report.

In the below-generated report, text in row one "Default CUS for CDV" is truncated. A feature to make the user know there is more data to be shown will be great. 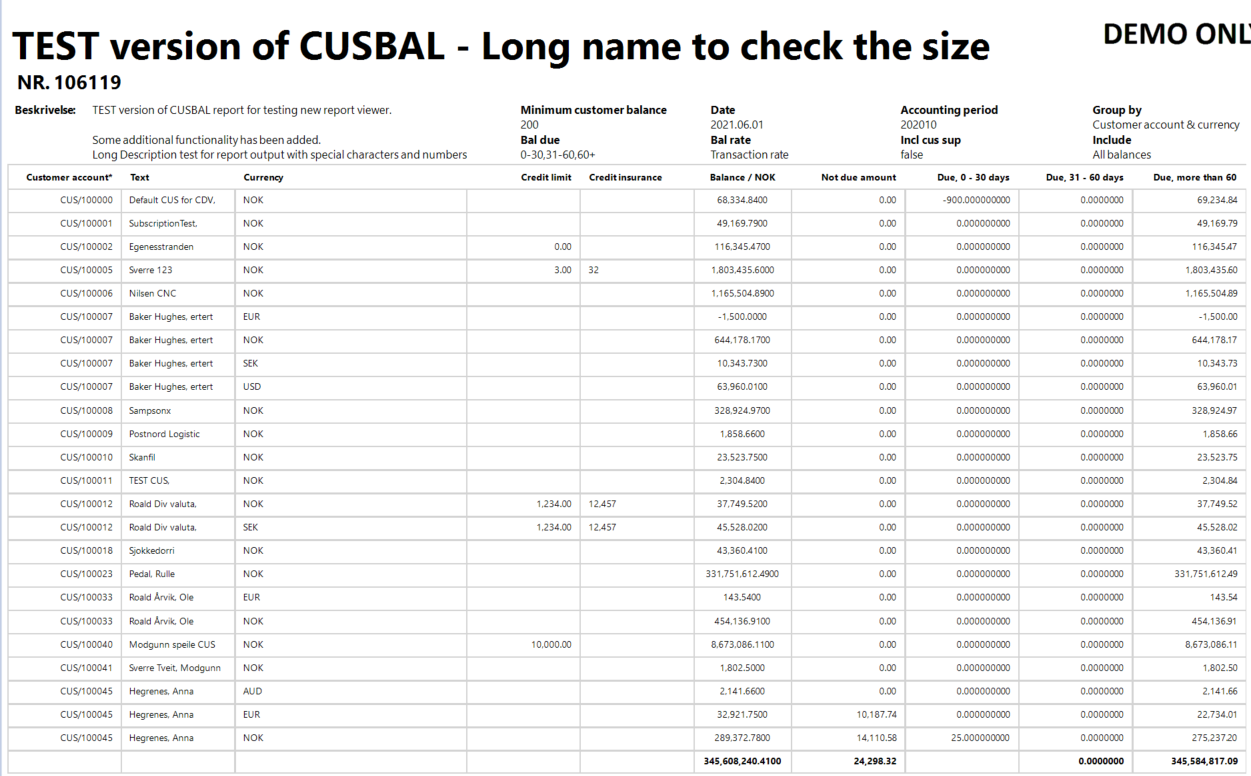 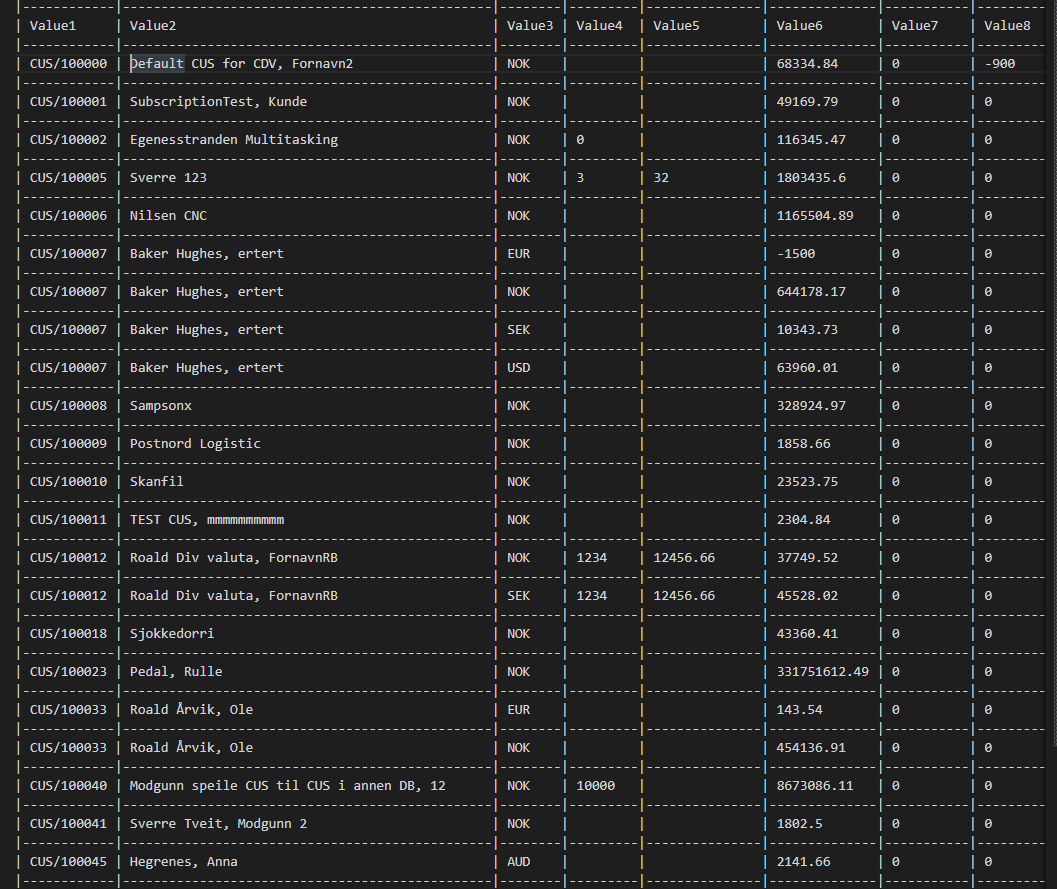 So, Adding an option to display an indicator such as “...” for truncated strings so that the viewers get to know there is more information to be displayed
Or

Provide an option to absolute break (display until last possible character) of the string rather than word-wrapping if there’s more content than the text box width.

Thanks for your regular support.

I Want to hide the GroupFooterSection if I don't have any data to be displayed(zero records found case).

Please let me know the solution for the above case.

Hi, how to create variable column width in programmatically created table? means how to adjust the width of the column based on dynamic data?

it would be great to have the ability to style every aspect of the report elements with style rules and with and external stylesheet.

For example a graph can take a long time to be styled correctly.

upgrade wizard
Created by: n/a
Comments: 2
Type: Feature Request
upgrade wizard
Would be great if your upgrade wizard would look for web.config and web.config.* files to update rather than just the web.config file.
Declined
Last Updated: 29 Mar 2021 12:12 by ADMIN

I find that I have to set each of these for every report. 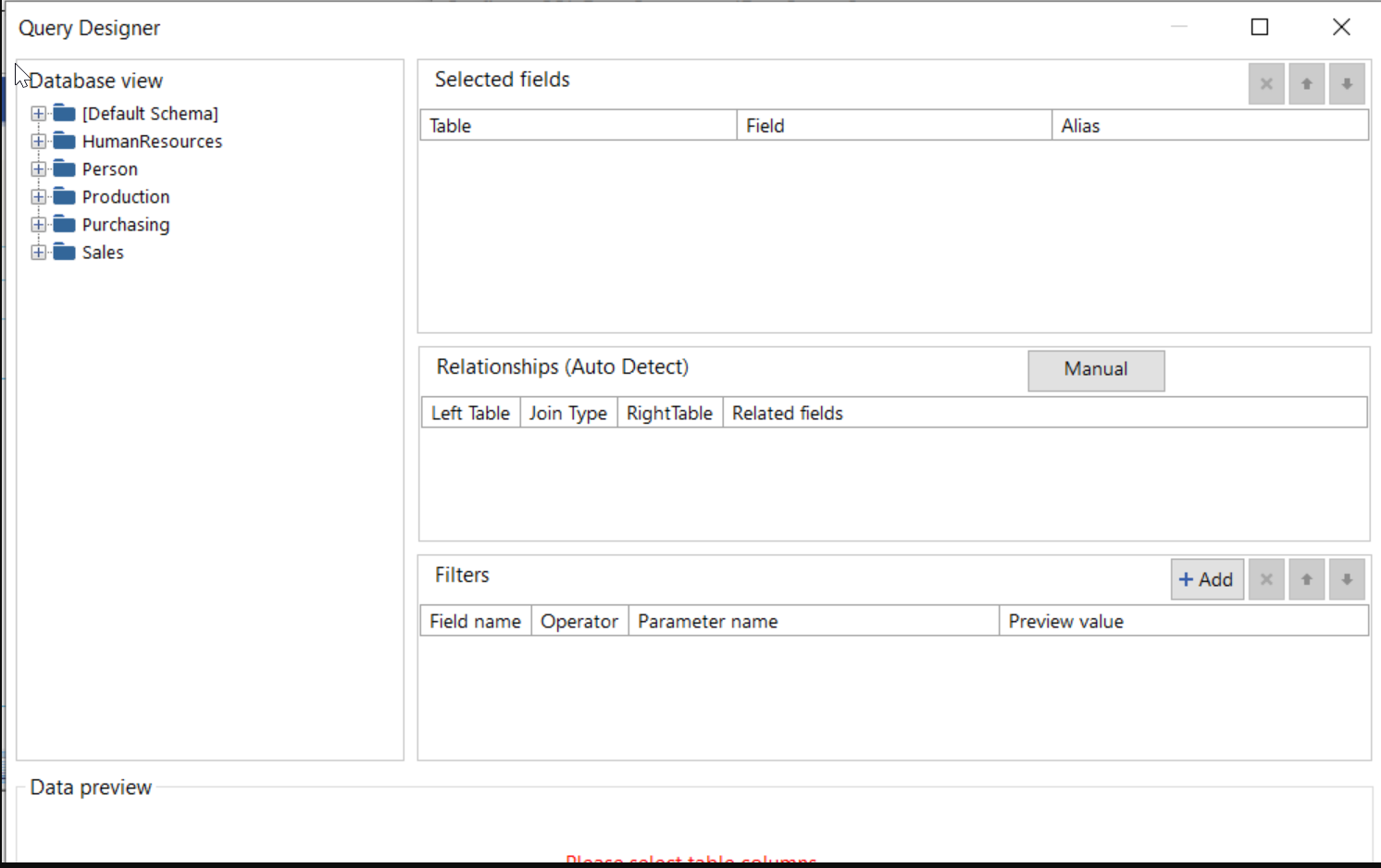 I was wondering if you had in the Pipeline/road map a Report Designer integrated into Visual Studio for .NET Core?

And also if there is an ETA?

If I can add my +1 to this would be appreciated.

* We have created a ASP.NET MVC Project --> Created a new application related to our company which includes login page and the next page

* For creating a report , we have created a Telerik report library --> And then we have designed a report and added a mvc report viewer page .

* But we get certain errors saying few packages are not installed .

We have attached the solution and screenshot for your reference

in our solution, we store the trdx reports designed with Standalone Designer as xml strings in our database,
and render them to pdf in the background services by using  Telerik.Reporting.XmlSerialization.ReportXmlSerializer.Deserialize

the new web based designer would be a good addon to integrate report design directly into the appliciation.

but the current preview version of webreportdesigner needs to be configured with a FileStorage.
it is possible to override the GetReport and SaveReport functions in a custom ReportDesignerController and load the report from a string (db in our case),

but since the ReportJsonSerializer is an iternal class, it is not possible to create a json response and send it to the webeditor.

so it would be helpfull, either to make the ReportJsonSerializer a public class so it can be used to convert the report manally to json, or extend the

whole thing to load the reports from strings directly.

Please develop an html5 / Angular JavaScript ReportViewer that works with Microsoft SQL Server Reporting Services (SSRS).  You would sell TONS of it!

YES, I'm aware you have a ReportViewer that works with your server reporting solution.  but your reporting solution does not scale.  Furthermore, we have TONS of SSRS reports we don't want to re-write.  It would be way too expensive!  Thanks for your consideration.