after we updated to version 2022.2.301 we decided to modify our theme by compiling the Metro theme from the source files and adjusting some of the variables provided.

When working on the multiselect styles however we noticed that changing the variable '@chip-solid-hover-text' in the 'type-metro.less' file did not lead to any change. The attached screenshot shows that the chip still keeps its black text color on hover even though the variable was set to white.

We inspected the _theme.less file in the folder Default/chip and noticed that the variable is not used by the theme (see screenshot).  Looking at the code this also seems to be the case for the 'selected' styles.

We can add additional styles to fix that on our end but since there is a variable for both cases I am sure this is just an oversight and wasn't planned. 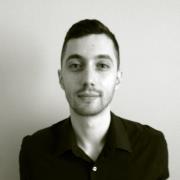 Thank you for reporting this issue. You are indeed correct that this is a bug in the themes implementation that can be fixed by utilizing the already defined variables to allow customization of the styles. Thus,  I have logged this on your behalf in the public Kendo UI GitHub repository:

As a temporary workaround, you can utilize the variable in the respective _theme.less file or apply the required customization by targeting the element with CSS.

As a small token of gratitude for reporting this issue, I have also increased your Telerik Points.