When the chart is configured to use the selection zoom. One must press the Shift-Key and select an area inside the chart to zoom.

I the chart shows tooltips, in most cases the tooltip pops up under the cursor and it is not possible to select an area.

The tooltip shoud be disabled, when the shift-key (or the configured key) is pressed inside the chart area.

Current behavior
The grid component already has the functionality to resize and reorder columns by the user, but is missing functionality for saving an restoring columns configuration, so that changes done by the user are lost after a page change.

There is the Persist the State article in the "How to section" in the documentation, but the described solution is only applicable when adding grid columns by using *ngFor. When defining columns in the markup, due to extensive usage of templates (kendoGridColumnMenuTemplate, kendoGridFilterMenuTemplate, kendoGridCellTemplate, ..), there is no reasonable solution available.

Expected behavior
Provide methods, similar to the jQuery grid, to save and restore columns configuration. This should at least include the column's order, width and sort.

PS: This is not a duplicate of the feature request Add persistent state for grid (and other components). The latter one has been marked as "Completed" but does not include the needed functionality.

I believe it would be a great addition and simplification, if there were getOptions/setOptions methods at GridComponent to imperatively access/restore grid state (visibility, column order, sort order, filter, ...). These are also available at Kendo UI for jQuery.
I know, all the settings may be set using *ngFor and *ngIf directives, but that approach requires a lot of attribute remapping (from component instance to template) which doesn't feel right, especially when using column templates and and a lot of grid features.

There are situations where we need to get a list of all windows, e.g. "close all" or "rearrange". While this can easily done manually when working with a single type of window, it's difficult if we have multiple windows using multiple components (we would have to ensure that we register them all in some kind of registry).

Feature request: Add something like a WindowManager that allows us to access all windows. Perhaps their WindowRefs? Perhaps an addition to WindowContainerService?

Please provide the following layout for a DateRange Picker: 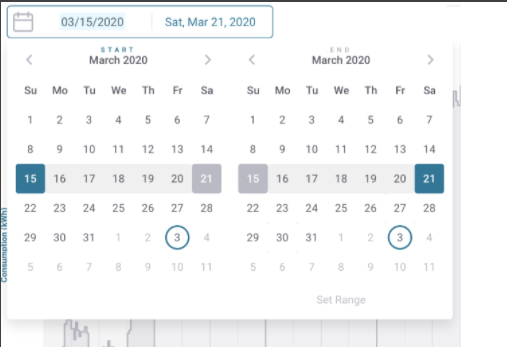 As I explained in this post, I would like to set max-width on certain columns of a grid to force them to not becoming bigger than a certain size if there is a remaining width in the parent container. However, I do need to distribute the remaining width across other columns if they don't have max-width.

For example in this project https://stackblitz.com/edit/max-width-request?embed=1&file=app/app.component.ts, I want the first column which shows the ID of products would never be bigger than 15. I'm advised to leave one of the columns without setting width, so that column will occupy the remaining width and as a result the width of columns with width will be respected as max-width. However, that is not good because in big screens you will end up with a very big column while other columns are still suffering from lack of space.

When using KendoUI for Angular 2+, the filter value is still enabled and accepts input when "Is null" or "Is empty" is selected.

Since those selections do not require a parameter, I'd prefer the filter value to be default disabled. 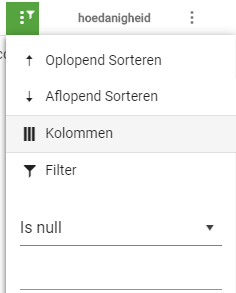 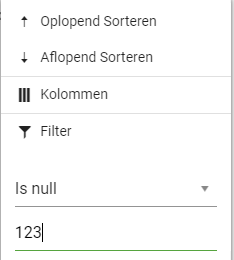 Can you please consider exposing a property that lets me set a specific in-out delay? This will help prevent flashing if there are multiple operations that happen quicker than the delay.

For example, the UI for WPF BusyIndicator provides this option via the DisplayAfter property.

This is a feature request to provide more options for the animation icons. Specifically, I would like to be able to have faster spinning circular animation, like the k-i-loading class provides.

Extend the ability to disable the mandatory autocorrection for all recurrence editor inputs so any numeric value can be entered.

The Scheduler Agenda view is cut when opened on a mobile device. The scheduler cannot be scrolled horizontally.

Please refer to the attached image. 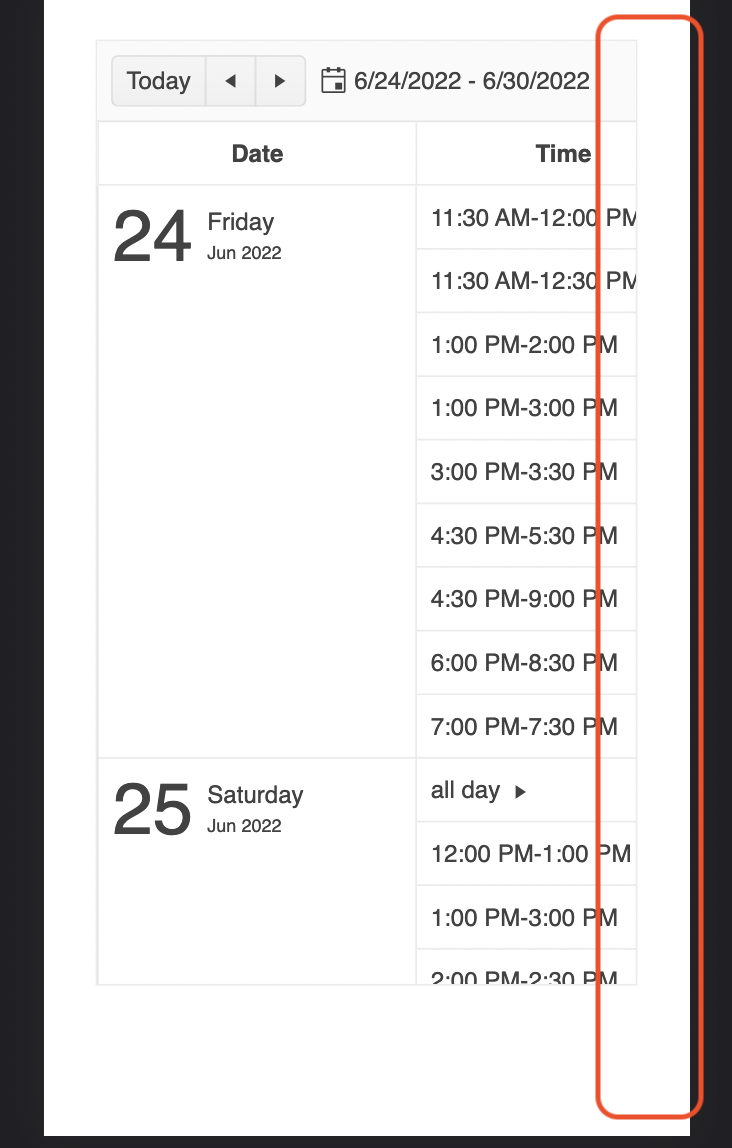 Provide a way to be able to see all events in Agenda view on small resolutions.

Provide inline editing in Editor component like the one supported by the Kendo jQuery Editor:

It would be nice to have a sliding functionality to change the value of the Gauges. Emitting events would be also good to have when sliding.

Attached are GIFs for reference.

Thank you for your consideration.