When there are few messages in the chat and the keyboard is opened the text messages bounce up and down.

We have implemented chat functionality using Telerik RadChat component. The problem is that the scroll functionality doesn't scroll fully to the bottom on IOS. It randomly stops somewhere in between. The same code runs perfectly on Android. Below I have attached an example code of our solution.

In Xamarin's CollectionView there is a RemainingItemsThresholdReachedCommand attribute that allows you to support lazy loading. Once the user scrolls passed a certain point, a command can be called to load in more messages for example.

If the ItemsSource of RadChat is bound to an ObservableCollection of chat items and the control is not visible, adding items to that collection crashes the app with the following:

Foundation.MonoTouchException: Objective-C exception thrown.  Name: NSInternalInconsistencyException Reason: attempt to insert row 0 into section 0, but there are only 0 rows in section 0 after the update

RadChat has an InputAreaBackgroundColor property, but it would be nice to be able to have full control over the UI of the entire input area. For example, I have the following UI from my designers that I cannot currently implement using RadChat:

Adding an InputAreaControlTemplate would be much appreciated.

Chat: Implement "endless scrolling" functionality
Created by: Simeon
Comments: 2
Category: ConversationalUI
Type: Feature Request
Chat: Implement "endless scrolling" functionality
Currently, when the user opens the chat screen, the app gets the messages and scrolls to the bottom by default. The user wants to get more messages from the server as he/her scrolls up.
Declined
Last Updated: 04 Oct 2019 14:27 by ADMIN

Currently, the HealthcareAssistant demo is lacking in features. For example there are no pickers or any commonly used cards.

Although the TravelAssistant demo does have these features implemented, we would specifically like to see the HealthcareAssistant implementation of them. As it is now, we find it lacking and not a helpful demonstration.

To illustrate what I mean, please refer to the attached screenshot as just one of the possible responses that not currently covered by the example.

Capability to automatically detect the at symbol "@" for mentions (maybe against a collection of 'contacts') and the ability to detect the pound symbol '#' for hashtag creation.

Currently, the Avatar property is a string for a path, this is problematic and only support two scenarios (file and uri paths).

I'm requesting that this be changed to be of type ImageSource, which matches the paradigm used by all other Image controls in Xamarin.Forms. This would allow stream and byte[] sources as well as file and uri paths.

This doesn't have to be a breaking change, you can use an implicit conversion just like Xamarin.Forms Image source does. The only disruption would be if anyone assigned the string value in code instead of a binding.

The problem is reproduced sporadically on different platforms or devices. As a workaround you would need to add the same images to platform projects. Please find the images attached. 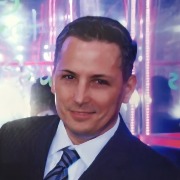 When iOS 12.1 software keyboard is toggled, the entry bar doesn't shift to the right height.

The  Conversational UI is a nice control , but it is limited. The Following will make life easier for the developer .

1) A Custom Template that can allow the user add buttons and customize the send button , like whatsup does, it has "Voice Note" , "Image Attachments" etc..

2) Also allow the user to be able to add images on the chat control itself.