When we have a multi-level nesting in the data loaded in the Native TreeView the parent nodes that are below level0 are not displayed correctly when set as expanded.

To Reproduce
Steps to reproduce the behavior: 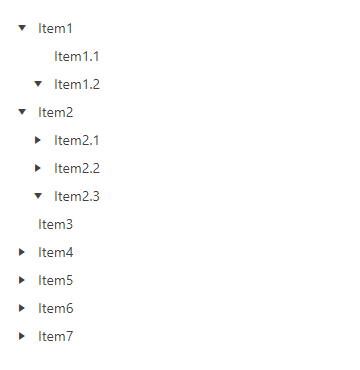 The current implementation of the Native TreeView doesn't allow you to customize the expand/collapse arrows of the component.

Can you please provide a property that allows the definition of a custom class for a given TreeView group? Being able to define such a class, using CSS we can easily control the look of the different elements of each TreeView group.