When HTTPS decryption is enabled in Fiddler, Fiddler parses the ClientHello and ServerHello HTTPS messages to determine the supported ciphers and other information, including TLS Extensions.

Instead of performing a single .Read() call and ignoring the result if the size is less than expected, Fiddler should continue to read the stream until the promised number of bytes have been read.

[This issue is similar to https://crbug.com/1028602#c2, although the implementation is obviously unrelated). 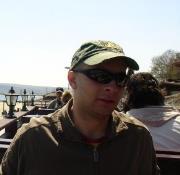 I wanted to let you know that the issue should now be fixed in the latest version of Fiddler Classic.