OpenDocument Format is an open format for many software supported like OpenOffice, I hope the Telerik Document Processing libraries could support for import/export format.

We would like to have image formats like JPG, PNG and TIFF supported in addition to the PDF and Office document support in DPL. 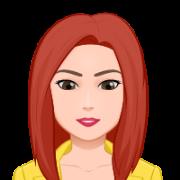 Update: There is a version of Telerik Document Processing compatible with .NET Core 3.0 in the UI for WPF suite. You can use this version in .NET Core projects running on Windows. The assemblies can be downloaded from telerik.com, the Downloads section of UI for WPF -> Betas tab. Please, note that you should have a valid license for UI for WPF in order to be able to see this version. In case you don't, you can use the Trial license by downloading a trial version of the suite. More information about this version of UI for WPF and how it can be used is available in the related blog post.
Declined
Last Updated: 30 Mar 2020 07:08 by ADMIN

Allow to export the documents to image.

Being able to generate a thumbnail for example.

I'm working on a project that has a service component that will be generating Excel xlsx documents for distribution.  While there is a UI for administrative tasks, the service itself will run without an interface.  I'm using the Documents.Core, and several other associated libraries to accomplish this.  Two issues I've encountered, one is setting up the project with the appropriate libraries and keeping the version in sync with the Admin application, second is protecting those libraries once they are packaged for release.  I had a support ticket open to determine how to accomplish the latter, but the first is still a manual issue.

So the feature request is to include the ability in the project templates and/or Convert to Telerik WPF Application to support a headless document solution.  It would ideally include (only) the required libraries and maintain their linkage to the appropriate library version with the rest of the solution which occurs with a full Telerik WPF UI app.  It would also include the necessary boilerplate code and references to properly protect the libraries.  I was referred to another feedback request on improving the overall library protection build process, but while related, what I'm asking for here is not exactly the same.